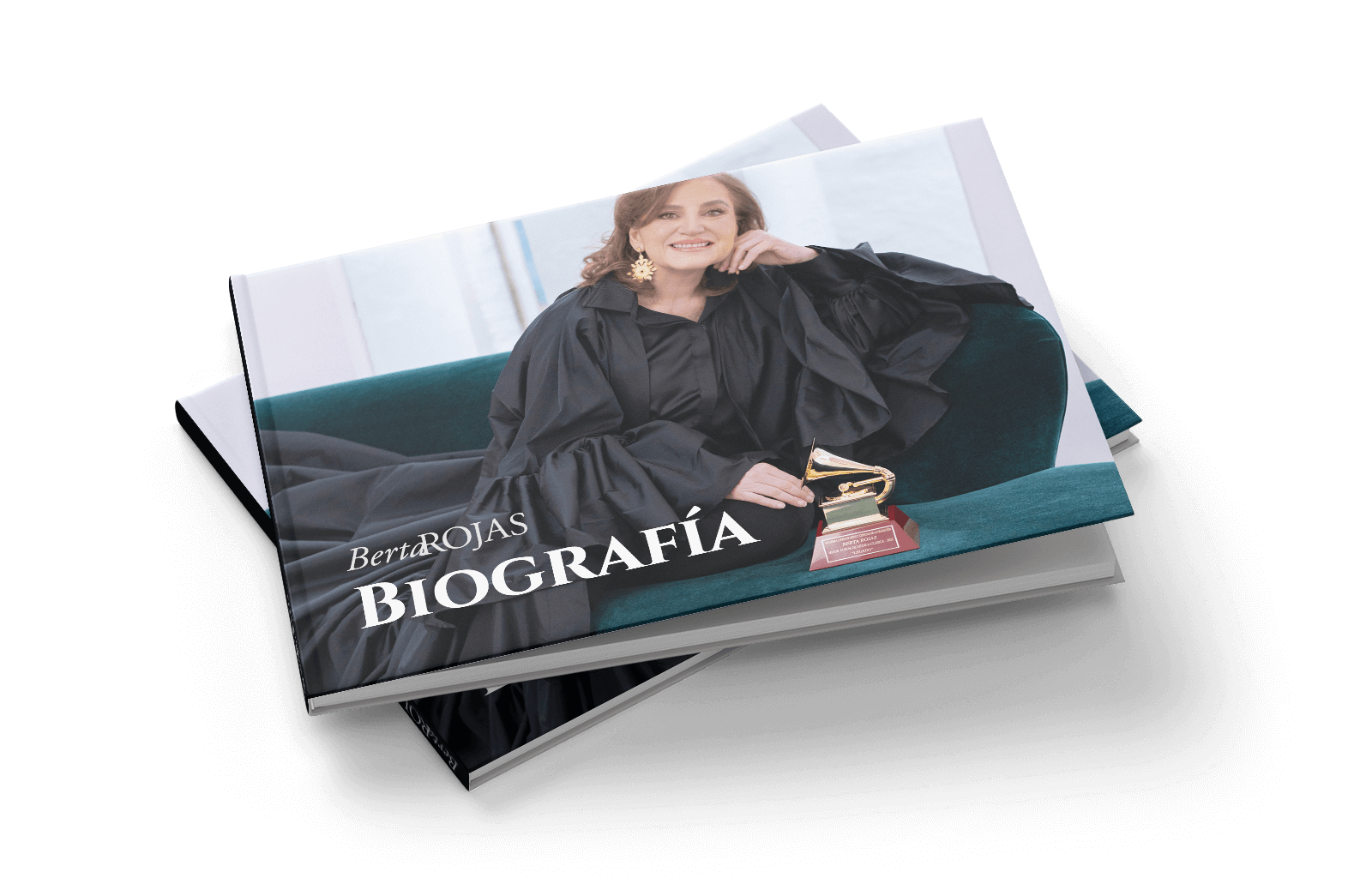 Download .pdf
Berta Rojas ranks among today’s foremost classical guitarists. She has been praised as “guitarist extraordinaire” by the Washington Post and by Classical Guitar Magazine as “Ambassador of the classical guitar.”

Berta’s acknowledged warmth and musicality have earned her the admiration of audiences at major venues worldwide: the Weill Recital Hall at Carnegie Hall and the Frederick P. Rose Hall of Jazz at the Lincoln Center, in New York, London’s South Bank Centre, the Kennedy Center in Washington D.C., the National Concert Hall in Dublin, where she performed as a soloist with the Irish Radio and Television Orchestra, and the Flagey Studio 4 in Brussels, where she performed with the Brussels Philharmonic Orchestra for Belgian National Television.

In 2011, with guest Paquito D’Rivera, Berta initiated the four-year tour “In the Footsteps of Mangoré” which followed the travels of Agustín Barrios, pioneer of the classical guitar in the Americas. The duo performed in 20 Latin American and Caribbean countries, concluding the journey at the national theater of the capital of El Salvador, final resting place of the celebrated composer.

Berta takes her audience on a colorful journey of sound, embracing new works by composers in diverse genres. The journey is echoed in recordings such as Cielo Abierto (2006) and Terruño (2009), as well as the duo with Carlos Barbosa-Lima on Alma y Corazón (2007) and the celebrated Intimate Barrios (2008) featuring works by the great Paraguayan composer and guitarist. On her latest recording, Felicidade (2017), she pays tribute to Brazilian music, with guest artists including Gilberto Gil, Toquinho and Ivan Lins.

In addition to continually enriching her own career through international tours and master classes, Berta Rojas is firmly committed to furthering and disseminating the classical guitar. A particular focus is on promoting the music of her country, Paraguay, as well as Latin American music more widely, and her ongoing support for the careers of young, upcoming guitarists.

With this aim, she created the first online classical guitar competition, the Barrios World Wide Web Competition, in 2009, and was the Artistic Director of the Ibero-American Guitar Festival at the Smithsonian Museum in Washington D.C., She also co-founded the young persons’ Beatty Music Scholarship Competition for Classical Guitar, offering winners the opportunity to perform at the John F. Kennedy Center in Washington, D.C.

After initial studies in her native Paraguay with Felipe Sosa and Violeta de Mestral, Berta studied in Uruguay under Abel Carlevaro, Eduardo Fernández and Mario Payseé, and at the USA’s Peabody Institute under Manuel Barrueco, Ray Chester and Julian Gray. She has recently joined the prestigious Berklee College of Music as Associate Professor, sharing her knowledge and love of music with a select group of young guitarists from all over the world.

Berta Rojas has been ranked amongst the most influential women in the Hispanic world (EFE and EsGlobal 2014; 2017). She has been named a Fellow of the Americas by the US Kennedy Center for the Performing Arts for her artistic excellence, and honored by her country with the title Illlustrious Ambassador of Musical Art. In 2015 she was awarded the National Order of Merit of the Comuneros, and the title of Doctor honoris causa by two national universities. In 2017, in recognition of her outstanding contribution to culture, she received both the National Order of Merit Don José Falcón and the Carlos Colombino Award.

“ Ninety minutes maintained at the highest level of performance and interpretation ”
Colin Cooper
[ Classical Guitar Magazine ]
“ …heart-touching musical artistry ”
Jim McCutcheo
[ Soundboard Magazine ]
“ This concert was an entirely masterful performance ”
Martin Slater
[ Southampton Guitar Society Newsletter ]
“ I have not watched another guitarist who could draw such warmly golden tones out of a piece of wood! Nor have I encountered a guitar more sonorous or more deeply throated; listening to this one guitar was equivalent to listening to a choir of them! ”
Julie Yap Daza
[ Tempo Philippines Newspaper Tabloid ]
“ Berta Rojas is a master guitarist who displays outstanding technical and musical capabilities in this recording ‘Intimate Barrios’. Her feeling for the music imbues these interpretations with qualities that reflect what one imagines Barrios originally intended ”
Zane Turner
[ MusicWeb International ]
“ …the unbearable heat and humidity outside Meralco Theater didn’t dampen the spirit of Manila’s music lovers who gave Paraguay guitar icon Berta Rojas a standing ovation after the last section of Agustin Pio Barrios Mangore’s “La Catedral,” which left no doubt about the immense stature of the visiting artist ”
Pablo A. Tariman
[ Philippine Daily Inquirer ]
“ …all is performed to perfection by an artist who seemingly takes everything in her stride… One runs out of superlatives when writing about Berta Rojas, it has all been said before, countless times ”
Steve Marsh
[ Classical Guitar Magazine ]
“ As a performer, Rojas ranks among the top players of the day as she is both technically proficient and emotionally expressive on every piece ”
Dr. Matthew Warnock
[ Modern Guitar Magazine ]
“ Rojas clearly has Barrios’ music deeply in her blood ”
Stephen Brookes
[ Washington Post ]
“ …Berta Rojas, guitarist extraordinaire ”
Mark Adamo
[ Washington Post ]
“ …a very full audience was treated to an evening full of warmth, sensitivity and magic, beginning the very moment Ms. Rojas stepped onto the stage. The elegance, grace, rhythm, warmth, strength, sadness and humour were stunningly balanced in what would seem a perfect combination of composer and performer. The result? A truly magical performance ”
Hayley Savage
[ Bristol Guitar Society Newsletter ]
“ The music on ‘Terruño’ proves to be some of the most expressive and idiomatic guitar music in the repertoire.. Terruño contains some of the most exciting pieces recently written for solo guitar, and uses every aspect of the instrument. Rojas executes the fast scales and arpeggios, harmonics, rasgueados, and percussive tapping techniques with incredible precision, tone, and clarity. She performs this music as if she has always known it, with the deepest understanding and passion and her expert musicianship shines through this recording ”
Brad Conroy
[ Guitar International ]
“ …only once in a great while does a classical CD come along which is so impeccable in every aspect of professionalism: heart touching musical artistry, interesting repertoire, and excellent technical production. Paraguayan guitarist Berta Rojas ‘Cielo Abierto’ is one of these ”
Jim McCutcheon
[ Soundboard ]
“ Rojas is Rojas and that is the highest complement one could bestow upon another ”
Travis Rogers, Jr
[ The Jazz Times ]
“ …an ambassador of the classical guitar ”
Tim Panting
[ Classical Guitar Magazine ]
“ …In the hands of Berta Rojas, the classical guitar truly becomes the world’s instrument--a means of bridging wide cultural divides via the uncommon clarity and inherent loveliness of her music ”
Mark Holston
[ Latina Magazine ]
See more Reviews